The Monetary Policy Committee (MPC) of the Central Bank of Nigeria has voted to increase the benchmark interest rate (MPR) by 100 basis points to 16.5%, the highest level since 2001.

This was disclosed by the Governor of CBN, Godwin Emefiele, while reading the communique of the last MPC meeting of the year on Tuesday, 22nd November 2022.

During the meeting, the MPC noted that the tightening will help restore investors’ confidence whilst curbing higher rate of inflation.

Highlights of the Committee’s decision

Recall, that the apex bank had increased the MPR from 11.5% earlier this year to 15.5% across three consecutive rate hikes. Nairametrics also reported that Nigeria’s money supply rose to its highest level at N50.5 trillion at the end of October 2022, an increase of N1.26 trillion from the previous month.

Nigeria’s inflation rate rose to 21.09% in October 2022 from 20.77% recorded in the previous month, an indication of a further rise in the cost of goods and services, despite the hawkish move by the CBN in the past six months.

Dollar to Naira Exchange Rate (USD/NGN) Nov. 27, 2022, from an unofficial market (black market), can be accessed below.

IMPORTANT NOTE: Please note that the exchange rate changes hourly.… it depends on the volume of dollars available and the Demands. What it means is that…you can buy or sell 1 dollar at ₦785 and the price can change (high or low) within hours.

How much is the exchange rate of Dollar to Naira in the Black Market today? See Dollar To Naira Exchange Rate Sunday 27th November below.

The local currency opened at N785.00 per $1 at the parallel market otherwise known as the black market today Sunday, November 27, 2022.

The apex bank has therefore directed anyone who requires forex to approach their bank, insisting that the I&E window is the only known exchange.

Meanwhile, JomogNews Nigeria reports that the USD started this week at ₦785 in Parallel Market also known as Black Market on Monday, 21 November 2022, in Lagos Nigeria, after it opened at ₦720 last week Monday, November 14, 2022.

The Central Bank of Nigeria (CBN) governor, Godwin Emefiele, says the apex bank will make it difficult for large cash withdrawals at banks as well as collaborate with law enforcement agencies like the Economic and Financial Crimes Commission (EFCC) and the Independent Corrupt Practices and Other Related Offences Commission (ICPC) to track such heavy withdrawals.

This was made known by Emefiele at a press briefing after the unveiling of the new Naira notes by President Muhammadu Buhari on Wednesday in Abuja.

Emefiele said the promotion of the cashless policy initiative was the reason for the reissue of these notes, noting that the CBN will insist on the implementation of the policy nationwide as the country moves towards a cashless economy.

To complicate huge cash withdrawals: Emefiele, at the briefing, said that the amount of money that can be withdrawn from the counter would be reduced drastically, adding that bulk withdrawals would require several procedures and security checks to track use.

He said, “There is no economy imbued with the thinking that it has to be a cash economy; the world has moved from predominantly cash to a cashless economy. And I think Nigeria and the Central Bank of Nigeria are prepared to move towards a cashless economy. And that is why following the redesign and issuance of this note, we will insist that cashless will be nationwide.

“We will restrict the volume of cash that people can withdraw over the counter. If you need to draw large volumes of cash, you will fill out uncountable forms; we will take your data, whether it’s your BVN or NIN so that our law enforcement agencies like EFCC and ICPC can follow you and be sure that you are taking that money for a good purpose.”

Control of money supply: The CBN boss noted that among other reasons, the redesigned notes would ensure that the apex bank has ample control over the amount of money in circulation.

He also pointed out that the redesign of the naira is not targeted at anyone while noting that the past attempts to redesign the naira notes were resisted.

He added, “The Central Bank of Nigeria, by law, has the mandate to reissue and redesign currency for the country, and for Nigerian people, every five to eight years. And I want to hope that after the event of today, the Central Bank of Nigeria can take it as part of its programmes to see that the currencies are designed or reissued every five to eight years.

“It is mainly because the central bank should be able to control the size of currency in circulation fully. That is the actual mandate of the Central Bank of Nigeria because it has implications for monetary policy management in the country.

“There is no need for anybody to think this program is targeted at anyone. Like you heard the president, he said, this discussion to redesign and reissue currency started early in the year.”

For catchup: Recall on October 26, the CBN governor, Godwin Emefiele, while announcing the planned redesign of the high denomination naira notes by December 15, 2022, said that the initiative will aid security agencies in tackling illicit financial flow among other benefits.

According to the CBN, the existing notes would cease to be regarded as legal tender by January 31, 2023.

Emefiele said there was significant hoarding of naira notes by members of the public, with statistics showing that over 80% of the currency in circulation was outside the vaults of the commercial banks.

Godwin Emefiele, governor of the Central Bank of Nigeria (CBN), was in attendance during the unveiling ceremony.

Meanwhile, at a briefing after the ceremony before the Federal executive council meeting, the CBN governor debunked insinuations that the early unveiling of new notes is a means to target any Nigerian.

Mr Emefiele appealed to members of the public that there is no need to perpetuate any such information.

According to him, the CBN will intensify the monitoring process and interrogate the process of withdrawals.

He maintained that there will be heavy restriction on the volume of cash that people can withdraw over the counter, as it works with the EFCC to monitor the purpose of any heavy transactions.

The redesigned currency note he asserts can never be counterfeited, adding that to forestall such occurrence he states that the CBN redesign the notes after every five to eight years.

Following the unveiling of the new note which begins circulation today, the CBN governor announced that the CBN is now more determined to make Nigeria a cashless economy, as in other climes. 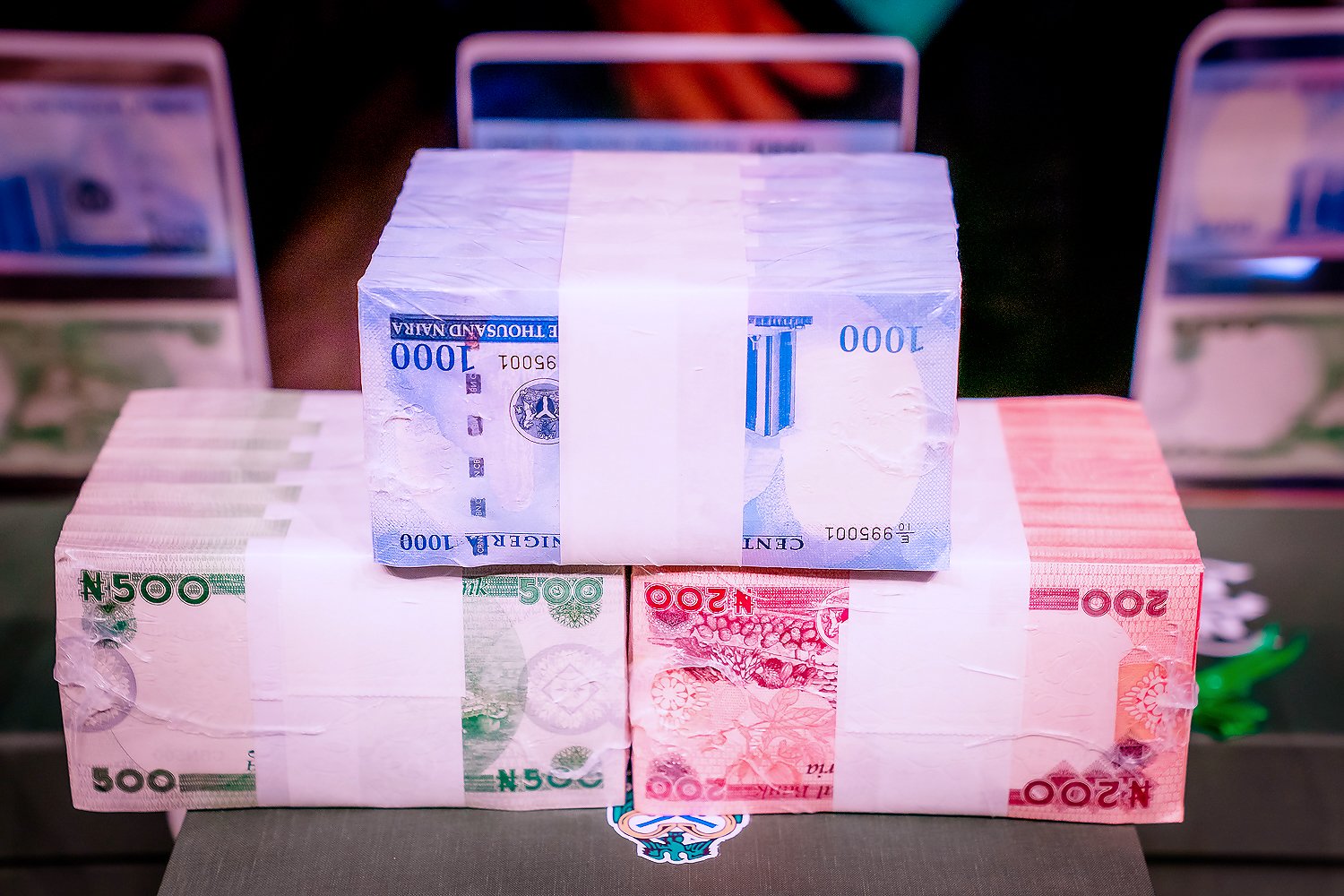 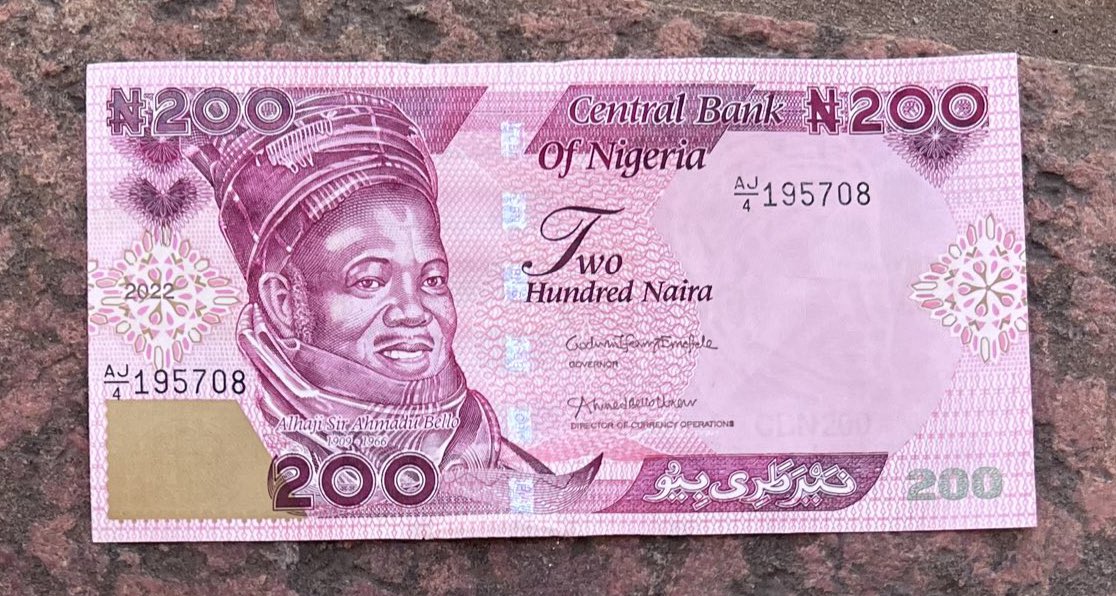 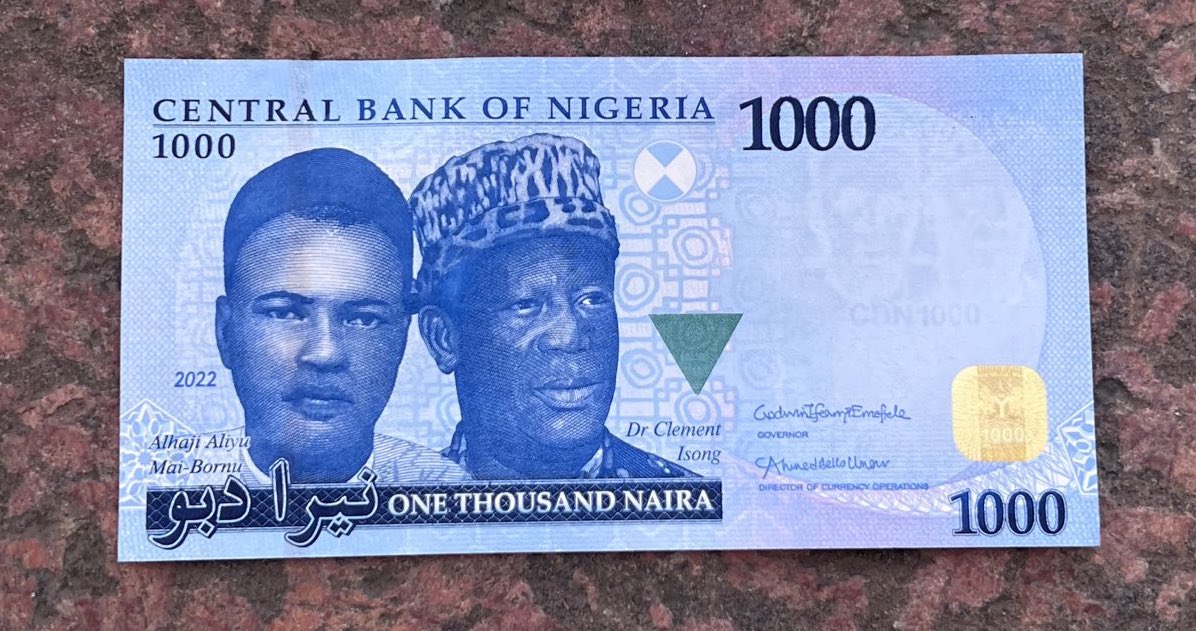